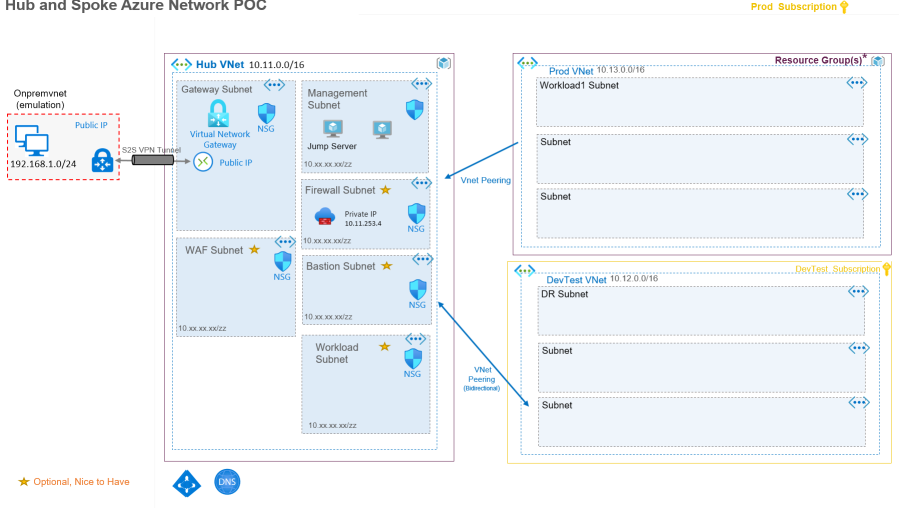 Scenario: Building a demo or proof of concept to understand the technology, azure resources and configuration settings that involve Azure Virtual Networks, VNet Peerings, Virtual Network Gateway, and Site to Site VPN Connections. The architecture is to emulate a hybrid cloud topology with on-premises network emulated with an Azure VNETs in a hub and spoke network topology.

The key drivers that would for this demo is for technical planning, design and implementation where you you are building out or extending your Azure Network design to have some on-premises connectivity with a Site to Site VPN Connection. This would be suitable for small to medium sized organizations. Also can be a starting point for large organizations. Moreover it is intended for cloud networking novices to establish foundational knowledge.

The high level architecture composes of the following

These components are to facilitate the following capabilities and design goals

Read further for the Site to Site VPN Connection design in part 2.

Follow Roy Kim on Azure and Microsoft 365 on WordPress.com